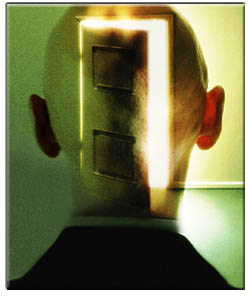 We must remember, first of all, that God’s Word is our only reliable source of truth about Satan and demons.

No amount of learning, no superiority of talent, nor even the pretension to inspiration, can justify a departure from the . . . truths taught by men to whose inspiration God has borne witness. All teachers must be brought to this standard; and even if an angel from heaven should teach anything contrary to the Scriptures, he should be regarded as anathema, Gal. 1:8. It is a matter of constant gratitude that we have such a standard whereby to try the spirits whether they be of God (Commentary on the Epistle to the Romans [Grand Rapids: Eerdmans, 1972], p. 395).

What does God’s Word, the touchstone of truth, say? Can demons inhabit or spatially indwell a true believer? Can they walk through an open door and become a squatter? Proponents of today’s spiritual warfare movement say yes, but they base their answer on subjective experience, not on God’s Word. The Bible makes it clear that such a claim has no justifiable basis.

There is no clear example in the Bible where a demon ever inhabited or invaded a true believer. Never in the New Testament epistles are believers warned about the possibility of being inhabited by demons. Neither do we see anyone rebuking, binding, or casting demons out of a true believer. The epistles never instruct believers to cast out demons, whether from a believer or unbeliever. Christ and the apostles were the only ones who cast out demons, and in every instance the demon-possessed people were unbelievers.

The collective teaching of Scripture is that demons can never spatially indwell a true believer. A clear implication of 2 Corinthians 6, for example, is that the indwelling Holy Spirit could never cohabit with demons:

What harmony has Christ with Belial, or what has a believer in common with an unbeliever? Or what agreement has the temple of God with idols? For we are the temple of the living God; just as God said, “I will dwell in them and walk among them; and I will be their God, and they shall be My people”  (vv. 15–16).

In Colossians 1:13, Paul says God “delivered us from the domain of darkness, and transferred us to the kingdom of His beloved Son.”  Salvation brings true deliverance and protection from Satan. In Romans 8:37, Paul says we overwhelmingly conquer through Christ. In 1 Corinthians 15:57, he says God gives us the victory. In 2 Corinthians 2:14, he says God always leads us in triumph. In 1 John 2:13, John says we have overcome the evil one. And, in 4:4, he says the indwelling Holy Spirit is greater than Satan. How could anyone affirm those glorious truths, yet believe demons can indwell genuine believers?

Many of the leading voices in today’s spiritual warfare movement are too quick to hail every profession of faith in Christ as proof of salvation. That reflects the easy-believism that has swept this generation.

A thorough biblical understanding of the doctrine of conversion makes it clear that demons could never indwell or possess a believer. Jonathan Edwards wrote about true conversion:

Scripture describes conversion in terms which imply or signify a change of nature: being born again, becoming new creatures, rising from the dead, being renewed in the spirit of the mind, dying to sin and living to righteousness, putting off the old man and putting on the new, becoming partakers of the divine nature, and so on.

It follows that if there is no real and lasting change in people who think they are converted, their religion is worthless, whatever their experiences may be. Conversion is the turning of the whole man from sin to God. God can restrain unconverted people from sin, of course, but in conversion he turns the very heart and nature from sin to holiness. The converted person becomes the enemy of sin.

What, then, shall we make of a person who says he has experienced conversion, but whose religious emotions soon die away, leaving him much the same person as he was before? He seems as selfish, worldly, foolish, perverse and un-Christian as ever. This speaks against him louder than any religious experiences can speak for him.

In Christ Jesus, neither circumcision nor uncircumcision, neither a dramatic experience nor a quiet one, neither a wonderful testimony nor a dull one, counts for anything. The only thing that counts is a new creation (The Experience That Counts! p. 99).

In Matthew 12, Christ rebuked those who were following Him just for the sake of witnessing great signs and wonders:

When the unclean spirit goes out of a man, it passes through waterless places, seeking rest, and does not find it. Then it says, “I will return to my house from which I came” ; and when it comes, it finds it unoccupied, swept, and put in order. Then it goes, and takes along with it seven other spirits more wicked than itself, and they go in and live there; and the last state of that man becomes worse than the first. That is the way it will also be with this evil generation (vv. 43–45).

Instead of responding with spectacular signs and wonders, Christ addressed their need for salvation. Many people appear to have their lives in order. But in reality, they have not trusted Christ as Savior and Lord. Their souls are “unoccupied” — that is, the Holy Spirit does not indwell them. Thus they are open to demonic invasion. That cannot be true of those whose bodies are temples of the Holy Spirit (cf. 2 Cor. 6:16).

According to 1 Peter 1:5, when Christ reigns in a person’s life, that person is kept by God’s power. As a result, “the evil one does not touch him”  (1 John 5:18). When the Holy Spirit inhabits a person, no demon can set up house as a squatter. Indwelling by demons is only evidence of a lack of genuine salvation.