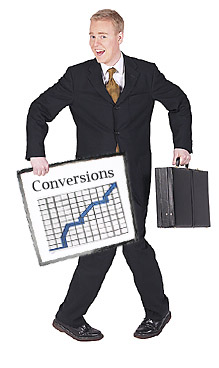 He says further in verse 4, “My message and my preaching were not in persuasive words of wisdom” (I didn’t use technique; I didn’t use manipulation). I didn’t want your faith to “rest on the wisdom of men” (literally, the wisdom of their information or their approach). He said, I came to you with God’s wisdom; I came to you in God’s power; I came to “you in weakness in fear and in trembling.”

He didn’t use techniques that excite and stir, and move people’s emotions to achieve results. He preached the Scriptures (listen to this) to the mind! Many preachers today are good at the art of persuasion — they know how to move people to respond without the Scripture being the issue. They can manipulate their listeners emotionally. But frankly, that kind of approach really prostitutes the preacher’s stewardship because it makes him no different then a secular persuader.

A number of years ago, a man named Duane Liftin wrote a very interesting article called “The Perils of Persuasive Preaching.” There are a number of things in that article that are worth understanding. I share them with you because I want you to be alert to what some ”Christian” leaders endeavor to do with crowds of people. They claim to be preachers, when in fact they are not preaching the Word of God, but are simply manipulating the people.

In his article, cites a book by Frederick L. Marcuse called Hypnotism — Fact and Fiction, which reports a research study conducted at a large eastern university:

The researchers attempted, through hypnotic suggestion, to induce a convinced and vocal atheist to become “religious.” The attempt was so successful that it had to be halted and all suggestion removed from the subjects mind. When his entire attitude toward religious faith changed after only three sessions and for the first time in his life he began to attend church, the investigators decided that the ethics of the situation prevented them from pursuing their research any further.

They could literally make an atheist religious by manipulating him. While the example is admittedly a dramatic one, it serves to raise a monstrous question, “Would it be possible through hypnotic suggestion to create a believer — quite apart from any work of the Holy Spirit? And would such a person really be a child of God?” Such questions, he writes, “are not simply academic.”

In the same article, Liftin cites Psychologist James McConnell, who says: “The time has come when if you give me any normal human being and a couple of weeks … I can change his behavior from what it is now to whatever you want it to be, if it’s physically possible. I can’t make him fly by flapping his wings, but I can turn him from a Christian into a Communist and vice versa”

Although, researchers have shown more recently that audiences are not nearly so malleable as once thought, nevertheless, skilled persuaders, including some who stand in the pulpit are often able to exert a tremendous influence on other human beings. And they do not have to resort to such dramatic methods as hypnotism. Consider for example, the words of the well known social scientist, Milton Rokeach:

Suppose you could take a group of people, give them a 20-minute pencil-and-paper task, talk to them for 10 to 20 minutes afterward, and thereby produce long-range changes in core values and personal behavior in a significant portion of this group. Suppose, further, that you could ascertain quickly and that you could predict accurately the nature and direction of these changes

My colleagues and I have in the last five years achieved the kinds of results suggested [above]. As a result we must now face up to the ethical implications that follow from the fact that it now seems to be within man’s power to alter experimentally another person’s basic values, and to control the direction of the change.”

That is from Psychology Today magazine. If you have any questions if its claims are true, just consider how many psychologists create false memories and restructure a patient’s entire life with fantasy, manipulating people’s thinking to believe that some fantasy is the real story of their life.

Preachers who are gifted communicators — who are articulate, and who use emotional techniques and sad stories and tear-jerking approaches, and who get the mood music playing behind the scene, and who can create a manipulative environment – can effect in people behavior changes and even alter their basic values, yet never need to use the Word of God.

In an excellent article on attitude change in the Handbook of Social Psychology (IH,173), psychologist William McGuire suggests that human attitude change may be broken down into at least five steps or levels: attention, comprehension, yielding, retention, and action.

In other words, change moves across that kind of spectrum. People go from attention (something gets their attention) to comprehension, to yielding, to retention and, finally, to action. And he writes, “The hearers must go through each of these steps if communication is to have ultimate persuasive impact, and each depends on the occurrence on the preceding steps.” The traditional approach to homiletics seems to suggest that the goal of preaching is the third step — YIELDING.

Probably, you have experienced a sermon like that. The preacher began by getting your attention. Then their was a certain amount of comprehension, and then they started talking about your need to surrender, your need to yield. They started to play the organ, the mood music began. Maybe you have been in a meeting where they “played and they played” and they kept telling people to raise their hands or ”come down the aisle.” And they tried to force or manipulate the YIELDING, and not with clarifying truth, but with sounds and sights. They use peer-pressure, guilt-tripping, and ambience to evoke a response or a decision. But that is sheer manipulation!

Now, Liftin says, “I suggest that the preacher’s goal should not be viewed as the yielding step at all but simply the previous step, comprehension.” I want to let you know that I agree with that absolutely. I think it is the preacher’s responsibility to get ATTENTION and COMPREHENSION. It is the Holy Spirit’s responsibility to produce YIELDING, RETENTION, and ACTION. That’s not my job.

It is not my task, as the preacher, to manipulate my hearers to do something emotionally. All the slick techniques, all the gospel-marketing packages, all the pulpit histrionics of jumping and stomping and flailing around and beating the organ, and doing whatever they do to create the mood; all the sad stories, the mood music, the endless invitations, the hand raising, the walking, all of that kind of pressure is not preaching the Word. It has nothing to do with COMPREHENSION.

Preaching is proclaiming saving truth, sanctifying truth, and strengthening truth from Scripture, the rest is up to the Holy Spirit. So Paul says, I was entrusted with the proclamation. That’s all that I can do. All I can do is to get their attention and bring comprehension. The message is the Scripture, and since the message is the Scripture, beloved, it should be patently obvious to everyone that the proper kind of preaching should be “expository preaching.” That is the only legitimate way to be true to the divine message.

The preacher’s job is not to force his people to yield through some manipulative process. His job is to make them comprehend the Word of God, which will save them, sanctify them, and strengthen them. That is the goal of expository preaching.

What does it mean when we say “expository preaching?” To “exposit” simply means to “explain the meaning.” It means to preach the Bible in such a way, that the meaning of the Bible passage is presented entirely and exactly as it was intended by God. That’s the challenge — the divine Word coming through the preacher.

Walt Kaiser wrote in his wonderful book Towards Exegetical Theology,

It is no secret that Christ’s Church is not at all in good health in many places of the world. She has been languishing because she has been fed, as the current line has it, “junk food.” All kinds of artificial preservatives, and all sorts of unnatural substitutes have been served up to her. As a result, theological and biblical malnutrition has afflicted the very generation that has taken such giant steps to make sure its physical health is not damaged by using food or products that are carcinogenic or otherwise harmful to their physical bodies. Simultaneously, a world wide spiritual famine resulting from the absence from any genuine publication of the Word of God continues to run wild and almost unabated in quarters in the Church.

We have got to get back to preaching the Word of God. That’s our calling. That’s what God has commanded us to do.