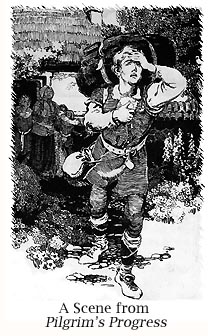 Yet if I might take a moment to dwell on this issue, it is because I want to acknowledge that it poses a perplexing difficulty for other aspects of God’s revealed truth. Let us honestly admit that on the face of it, the universal love of God is hard to reconcile with the doctrine of election.

Election is a biblical doctrine, affirmed with the utmost clarity from beginning to end in Scripture. The highest expression of divine love to sinful humanity is seen in the fact that God set His love on certain undeserving sinners and chose them for salvation before the foundation of the world. There is a proper sense in which God’s love for His own is a unique, special, particular love determined to save them at all costs.

It is also true that when Scripture speaks of divine love, the focus is usually on God’s eternal love toward the elect. God’s love for mankind reaches fruition in the election of those whom He saves. And not every aspect of divine love is extended to all sinners without exception. Otherwise, all would be elect, and all would ultimately be saved. But Scripture clearly teaches that many will not be saved (Matt. 7:22–23). Can God sincerely love those whom He does not intervene to save?

How can we say God loves all men when the psalms tell us He hates the worker of iniquity (Ps. 5:5)? How can we maintain that God loves all when Paul says that He bears the objects of His wrath, being fitted for destruction, with great patience (Rom. 9:22)? Even more how can we possibly accept that God loves all men without exception when we survey the acts of God’s wrath in history? Think of the deluge which destroyed all but one family. Think of Sodom and Gomorrah. With so specific a chapter as Romans [1,] which declares that sodomy is a sign of reprobation, could we possibly maintain that God loved the population of the two cities destroyed by fire? How can we possibly reconcile God’s love and His wrath? Would we deny the profundity of this problem? (Erroll Hulse, “The Love of God for All Mankind,” Reformation Today [Nov–Dec 1983], 18–19).

Yet Hulse realizes that if we take Scripture at face value, there is no escaping the conclusion that God’s love extends even to sinners whom He ultimately will condemn. “The will of God is expressed in unmistakable terms,” Hulse writes. “He has no pleasure in the destruction and punishment of the wicked” (Ez. 18:32; 33:11). Hulse also cites Matthew 23:37, where Jesus weeps over the city of Jerusalem, then says, “We are left in no doubt that the desire and will of God is for man’s highest good, that is his eternal salvation through heeding the gospel of Christ.” (Ibid., 21–22)

It is crucial that we accept the testimony of Scripture on this question, for as Hulse points out,

We will not be disposed to invite wayward transgressors to Christ, or reason with them, or bring to them the overtures of the gospel, unless we are convinced that God is favorably disposed to them. Only if we are genuinely persuaded that He will have them to be saved are we likely to make the effort. If God does not love them it is hardly likely that we will make it our business to love them. Especially is this the case when there is so much that is repulsive in the ungodliness and sinfulness of Christ-rejecters. (Ibid., 18)

Biblically, we cannot escape the conclusion that God’s benevolent, merciful love is unlimited in extent. He loves the whole world of humanity. This love extends to all people in all times. It is what Titus 3:4 refers to as “the kindness of God our Savior and His love for mankind.” God’s singular love for the elect quite simply does not rule out a universal love of sincere compassion—and a sincere desire on God’s part to see every sinner turn to Christ.

Mark 10 relates a familiar story that illustrates God’s love for the lost. It is the account of the rich young ruler who came to Jesus and began asking Him a great question: “Good Teacher, what shall I do to inherit eternal life?” Scripture tells us:

And Jesus said to him, “Why do you call Me good? No one is good except God alone. You know the commandments, ‘Do not murder, Do not commit adultery, Do not steal, Do not bear false witness, Do not defraud, Honor your father and mother’ ” (vv. 18–19).

Every aspect of Jesus’ reply was designed to confront the young man’s sin. Many people misunderstand the point of Jesus’ initial question: “Why do you call Me good?” Our Lord was not denying His own sinlessness or deity. Plenty of verses of Scripture affirm that Jesus was indeed sinless—“holy, innocent, undefiled, separated from sinners and exalted above the heavens” (Heb. 7:26). He is therefore also God incarnate (Jn. 1:1). But Jesus’ reply to this young man had a twofold purpose: first, to underscore His own deity, confronting the young man with the reality of who He was; and second, to gently chide a brash young man who clearly thought of himself as good.

To stress this second point, Jesus quoted a section of the Decalogue. Had the young man been genuinely honest with himself, he would have had to admit that he had not kept the law perfectly. But instead, he responded confidently, “Teacher, I have kept all these things from my youth up” (v. 20). This was unbelievable impertinence on the young man’s part. It shows how little he understood of the demands of the law. Contrast his flippant response with how Peter reacted when he saw Christ for who He was. Peter fell on his face and said, “Depart from me, for I am a sinful man, O Lord!” (Lk. 5:8). This rich young ruler’s response fell at the other end of the spectrum. He was not even willing to admit he had sinned.

So Jesus gave him a second test: “One thing you lack: go and sell all you possess, and give to the poor, and you shall have treasure in heaven; and come, follow Me” (Mk. 10:21).

Sadly, the young man declined. Here were two things he refused to do: he would not acknowledge his sin, and he would not bow to Christ’s lordship. In other words, he shut himself off from the eternal life he seemed so earnestly to be seeking. As it turned out, there were things more important to him than eternal life, after all. His pride and his personal property took priority in his heart over the claims of Christ on his life. And so he turned away from the only true Source of the life he thought he was seeking.

That is the last we ever see of this man in the New Testament. As far as the biblical record is concerned, he remained in unbelief. But notice this significant phrase, tucked away in Mark 10:21: “Looking at him, Jesus felt a love for him.” Here we are explicitly told that Jesus loved an overt, open, non-repentant, non-submissive Christ-rejector. He loved him.