III. Everything Essential to Saving Faith Is Essential 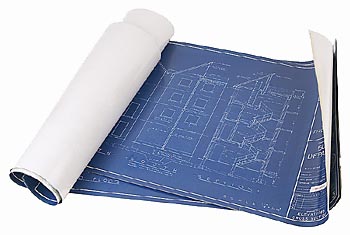 Third, a doctrine must be regarded as fundamental if eternal life depends on it. Scripture is full of statements that identify the terms of salvation and the marks of genuine faith.

“Without faith it is impossible to please Him, for he who comes to God must believe that He is, and that He is a rewarder of those who seek Him” (Hebrews 11:6). That verse makes faith itself essential to a right relationship with God. It also expressly identifies both the existence and the veracity of God as fundamental articles of the Christian faith.

Elsewhere we are told that eternal life is obtained through the knowledge of the true God and Jesus Christ (John 17:3; 14:6; Acts 4:12). Since Jesus Himself is the true God incarnate (1 John 5:20; John 8:58; 10:30), the fact of His deity (and by implication the whole doctrine of the Trinity) is a fundamental article of faith (see 1 John 2:23). Our Lord Himself confirmed this when He said all must honor Him as they honor the Father (John 5:23).

The truths of Jesus’ divine Sonship and Messiahship are also fundamental articles of faith (John 20:31).

Of course, the bodily resurrection of Christ is a fundamental doctrine, because 1 Corinthians 15:14 tells us, “If Christ has not been raised, then our preaching is vain, your faith also is vain.”

Romans 10:9 confirms that the resurrection is a fundamental doctrine, and adds another: the lordship of Christ. “If you confess with your mouth Jesus as Lord, and believe in your heart that God raised Him from the dead, you shall be saved.”

And according to Romans 4:4-5, justification by faith is a fundamental doctrine as well: “Now to the one who works, his wage is not reckoned as a favor, but as what is due. But to the one who does not work, but believes in Him who justifies the ungodly, his faith is reckoned as righteousness.” In other words, those who seek acceptance before God on the ground of their own righteousness will find they fall short (Romans 3:27-28; Galatians 2:16-3:29). Only those who trust God to impute Christ’s perfect righteousness to them are accounted truly righteous. This is precisely the difference between Roman Catholic doctrine and the Gospel set forth in Scripture. It is at the heart of all doctrine that is truly fundamental.

In fact, an error in understanding justification is the very thing that was responsible for the apostasy of the Jewish nation: “For not knowing about God’s righteousness, and seeking to establish their own, they did not subject themselves to the righteousness of God” (Romans 10:3). Is that not the precise failure of Roman Catholicism? But “Christ is the end of the law for righteousness to everyone who believes” (v. 4).

IV. Every Doctrine We Are Forbidden to Deny Is Fundamental

Certain teachings of Scripture carry threats of damnation to those who deny them. Other ideas are expressly stated to be affirmed only by unbelievers. Such doctrines, obviously, involve fundamental articles of genuine Christianity.

The apostle John began his first epistle with a series of statements that establish key points of the doctrine of sin (hamartiology) as fundamental articles of faith. “If we say that we have fellowship with Him and yet walk in the darkness, we lie and do not practice the truth” (1:6). That condemns wanton antinomianism (the idea that Christians are under no law whatsoever) and makes some degree of doctrinal and moral enlightenment essential to true Christianity. A second statement rules out the humanistic notion that people are basically good: “If we say that we have no sin, we are deceiving ourselves, and the truth is not in us” (v. 8 ). And a third suggests that no true Christian would deny his or her own sinfulness: “If we say that we have not sinned, we make Him a liar, and His word is not in us” (v. 10).

First Corinthians 16:22 makes love for Christ a fundamental issue: “If anyone does not love the Lord, let him be accursed.” And a similar verse, 1 Corinthians 12:3, says that no one speaking by the Spirit of God can call Jesus accursed.

The truth of Jesus’ incarnation is also clearly designated a fundamental doctrine: “Every spirit that confesses that Jesus Christ has come in the flesh is from God; and every spirit that does not confess Jesus is not from God; and this is the spirit of the antichrist” (1 John 4:2-3). “For many deceivers have gone out into the world, those who do not acknowledge Jesus Christ as coming in the flesh. This is the deceiver and the antichrist” (2 John 7). Those verses by implication also condemn those who deny the Virgin Birth of our Lord, for if He was not virgin-born, He would be merely human, not eternal God come in the flesh.

And since those who twist and distort the Word of God are threatened with destruction (2 Peter 3:16), it is evident that both a lofty view of Scripture and a sound method of Bible interpretation (hermeneutics) are fundamental tenets of true Christianity.