Publisher Information
Download MP3
Why do you preach verse by verse through books of the Bible, unlike other notable preachers such as C. H. Spurgeon? 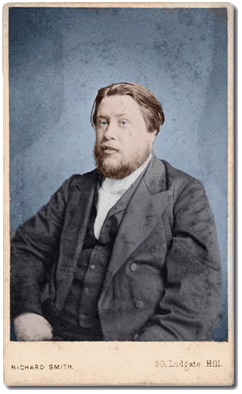 Spurgeon was not a pure expositor, he frequently preached topically. He was a great writer of sermons and was masterful in his prose and his insights, plus he possessed tremendous creativity. His mind had tremendous imaginational capacities. He could also hold an audience.

One of the reasons I preach verse by verse is because I could never produce such inspiring, clever, creative, topical sermons week in and week out as he did. He had an immensely creative imagination. I just don't have that, nor do many other preachers that I know.

Where creativity is strong, so is the danger that it can turn a preacher away from the exposition of Scripture. We need to guard against this without suppressing legitimate creativity.

I could wish that Spurgeon had preached the book of Romans verse by verse. If he had done with Romans or Hebrews what he did with the book of Psalms, which resulted in The Treasury of David, his expositional legacy would be unsurpassed.

Most of all, however, preaching verse by verse through books of the Bible is the most reasonable way to teach the whole counsel of God. If I am obligated to teach the whole new covenant message and all of the mystery unfolded, the only systematic way that I know to teach it all is to take it the way it comes, one book at a time from beginning to end.
If I were to approach the goal of teaching the whole New Testament in random fashion, it would be a hopeless maze to lead people through. On the other hand, if I am committed to teaching the Word of God systematically so that all of the revelation of God is brought before His people, the only reasonable way of doing that is to go through it one book at a time.
Also, the only effective way of seeing the significance of a passage is in its context. Going through an entire book sets the passage in its context on its widest, deepest, and richest level. One other thought: neither the Old Testament nor the New Testament was written as a collection of verses to be thrown into the air and allowed to fall back wherever they might. Rather, each book has a reasonable, logical, inspired flow of thought going from point A to point Z, with all stops in between. Each was designed by the Holy Spirit so that you have the Holy Spirit communicating something powerfully and clearly in the whole letter: you dare not miss a single part!

If I received five letters in the mail one day, it would make no sense to read a sentence or two out of one, skip two, read a few sentences out of another, and go to the next one and read a few out of that, and on and on. If I really want to comprehend the letter—what is going on, the tone, the spirit, the attitude, and the purpose—I must start from the beginning and go to the end of each one. If that is true of personal correspondence, I believe it is even more important when interpreting divine revelation.

For a insider's look into John's pastoral heart, consider the audio series Insight into a Pastor's Heart, a rare opportunity to hear what makes him tick.